Anwyl is a proud family builder with the 4th generation taking a leading role in the business. We began in 1930 as a joinery and woodworking contractor, but with over nine decades of success behind us, we now operate three divisions: Anwyl Homes, Anwyl Land and Anwyl Partnerships.

Our expansion into house building began around 1940, and by 1980, we were building approximately 250 homes a year, mostly in the Rhyl area. By the end of the 1980s we took the decision to expand our activities much further afield, and in 2002 we also invested heavily in our specialist woodworking workshop. This has allowed us to ensure our thoughtful approach is even more evident, as we can create bespoke staircases, wardrobes, door frames and more.

As well as continuing to create high quality, award-winning homes, we relocated in 2016 from our Rhyl base and  moved into a new, purpose-built head office in Ewloe, Flintshire. Since then Anwyl Homes has grown rapidly and is operating within two regions namely Anwyl Homes Cheshire & North Wales and Anwyl Lancashire (based in Chorley) with the aim of building around 800 homes per year.

By the time we reached our 90th birthday in 2020, there was so much for us to be proud of, and we have been honoured to win many prestigious national awards, including success at the UK Housing Awards, LABC Awards, Housing Innovation Awards and winning the Insider North West Housebuilder Award. We are proud of our roots, have ambitious plans for the future and are looking forward to many more decades of thoughtful building. 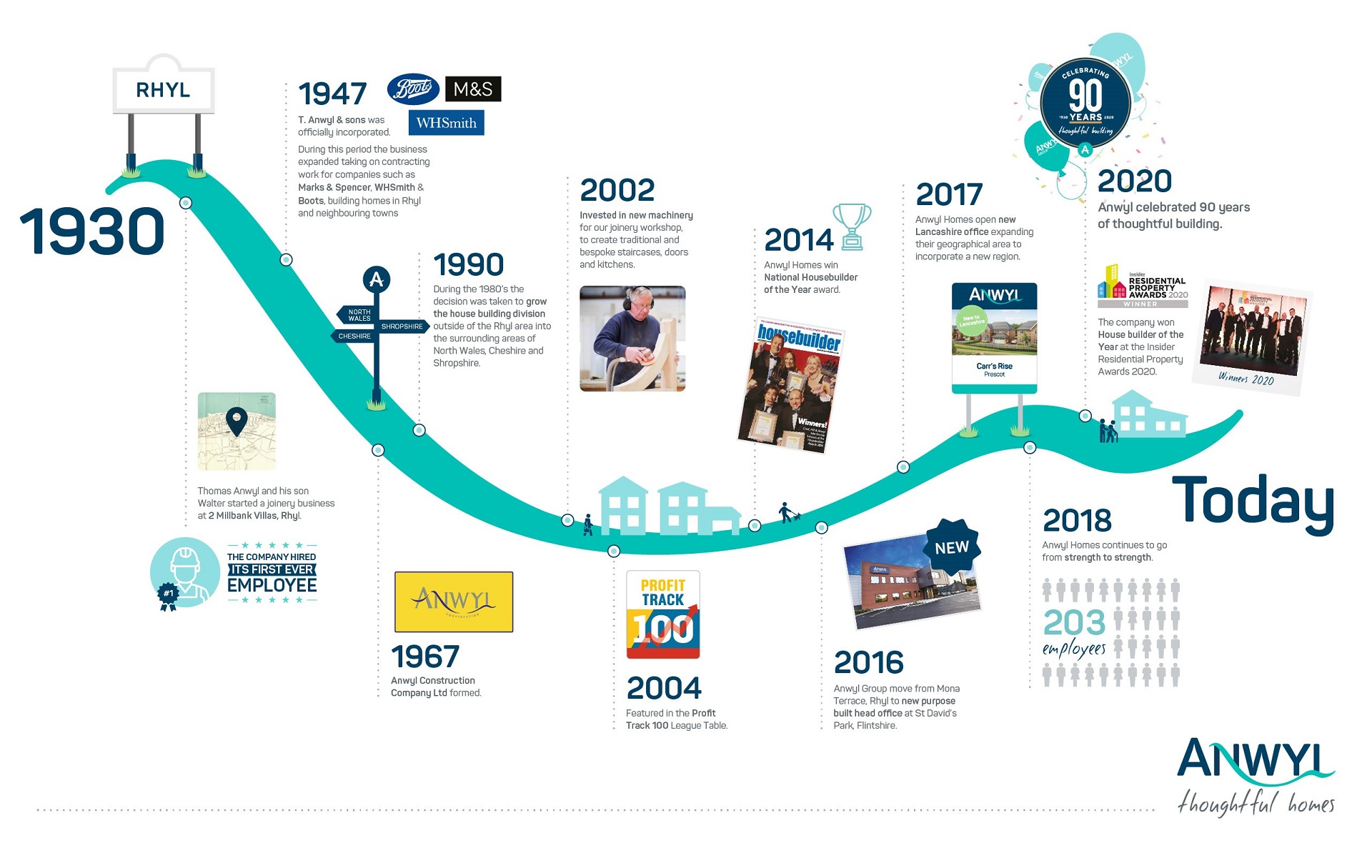